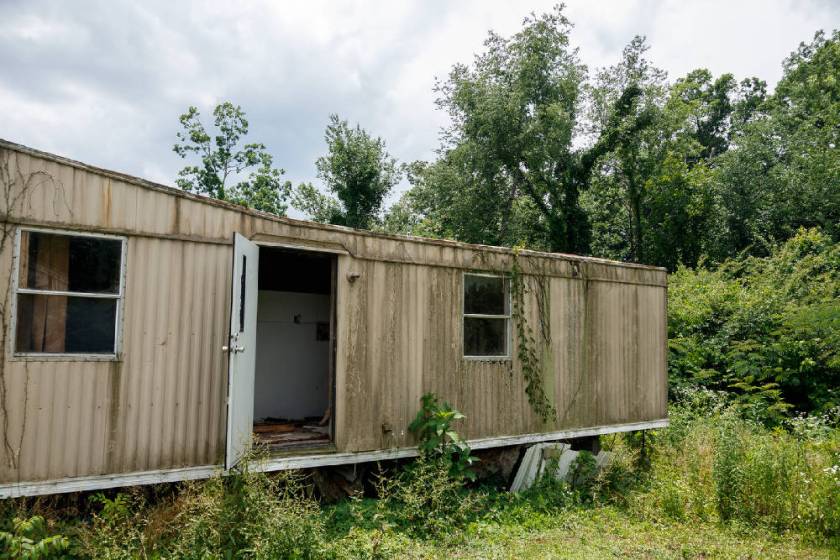 On a Wednesday afternoon, at a small desk, in a cramped, long, dirty gray office trailer; right outside of an old dark urine colored building going through its third year of construction, sits an ordinary guy answering help desk calls for the Byte Corporation.

“Help desk this is William. How may I help you?”

“Yes,…I can’t figure out something on my computer,” responded a frustrated older male voice. His leathery, worn and tattered face smothered with wrinkles and sadness could somehow be seen over the phone.

“Maybe I can help. What’s your problem?”

“Well I’m looking for the meaning of life on my computer. The guy at the store said I could find it with this new model that I just bought, although, I don’t see it anywhere.”

“Sir, is there something wrong with your computer?”

Will’s comforting demeanor and his sympathetic patience was starting to rapidly fade.

His partially broken desk is located directly in the walk way between the dysfunctional shared restroom, that was off limits to anyone trying to empty solid waste out of their body, and the refurbished items sales manager’s office. Frequently, one of the finance assistants goes from one end of the trailer to the refurbished manager’s office at the other end, forcing William to roll his tattered gray office chair from one end of his desk to the opposite.

“Yes, every time I ask it about the meaning of life, it just tries to sell me a Monty Python movie.”

“Sir, I recommend that you take some computer classes. Now if you have a genuine problem, then I am here to help. Otherwise I need to take other callers.”

The caller pauses. After clearing his throat, he despairingly replies, “I’m sorry. I just got out of prison. I’m new to this world. I’ve been incarcerated for twenty years for possession of one Marijuana joint and now that I’m out I have to work for lawyers in the Pharmaceutical industry.”

William paused and contemplated the caller’s statement for a while. Then he thoughtfully replied, “Wow! That’s awful. I understand. Sometimes I feel like I’m in a prison myself.”

Will’s calm and comforting manner started to return. He’s proud of at least trying to be a pleasant and sympathetic ear to customer’s frustrations. He always tried to put himself in their shoes.

“That’s interesting sir…” William tried his best to cut in, but with no luck. As the caller continued to ramble on the phone, William glanced at the small round mirror taped to the upper left corner of his stained beige computer monitor. William uses it to get a heads up on the next time he will have to roll his chair to the side to let someone by. He notices that the short dark hair on his head is beginning to sprout gray hairs. These same hairs seem to be appearing on his chin also. The dark bags under his eyes are not matching the light brown skin of his face and body anymore either. However, his big bumped nose seems to still be the same eyesore he always saw it as. All of this observation depressed and distracted him so much so, that he didn’t notice someone standing behind him waiting for him to move his chair.

“Come on Will! Wake up! I need to bring this report to Refurbished,” Chris Bacon of accounting, who resembled a cleaner and much more serious version of Howard Stern, yelled, then slapped the back of Will’s chair rattling him a little. Will shook his head out of the daze of despair, noticed Chris, and then gradually rolled his chair to his right letting him through. He also remembered that he was still on a call with a customer.

Certitude belongs exclusively to those who only own one encyclopedia. View All Posts